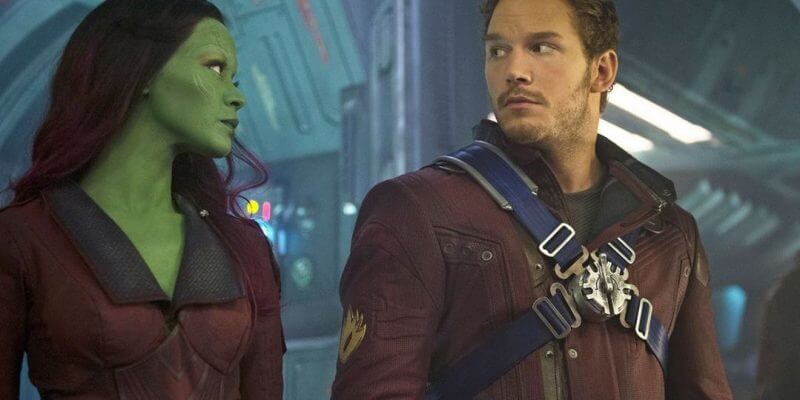 Zoe Saldana and Chris Pratt took to social media to share some of the strenuous prep work that has been going into the creation and promotion of their upcoming “Guardians Of The Galaxy Vol. 2” film.

Zoe took to Twitter to share a 38-second time-lapse of the tiring process that goes into applying the prosthetics and make-up that transforms her into Gamora – the former assassin and current member of the “Guardians of the Galaxy.”

The video shows a team of special effects make-up artists gluing prosthetics to Saldana’s head while also painting her green. Zoe endures the endless process all while sitting on her smartphone.

Chris Pratt was also featured in a Facebook video post showing the painstaking process of signing “Guardians Of The Galaxy Vol. 2” movie posters. Pratt then goes on to discuss how, as an actor, he needs to focus on one thing at a time. He describes his acting method and his tendency to become “easily distracted.”

Chris Pratt Lessons in Focusing for 'Guardians of the Galaxy V…

Start your week right: a lesson in focusing from Chris Pratt.

“Guardians Of The Galaxy Vol. 2” will hit theaters May 5.

Comments Off on VIDEOS: Zoe Saldana and Chris Pratt share funny behind-the-scenes moments on social media leading up to the release of “Guardians Of The Galaxy Vol. 2”