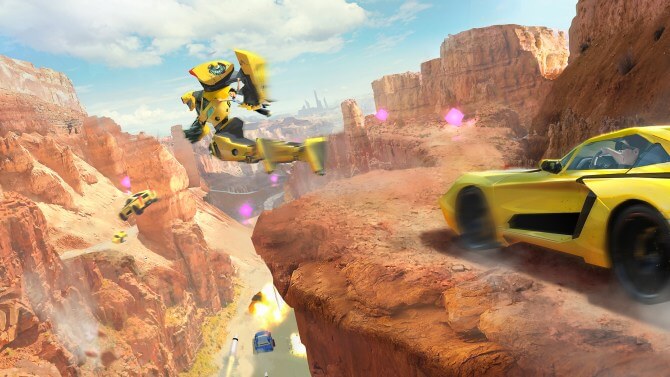 The Transformers are taking on a new form once again.

Virtual reality experience centers based on the Transformers franchise are set to open this summer in China. The first center will open in Shanghai while other locations will be introduced over the next five years. The attractions include immersive virtual and augmented reality technology combined with personalized character interactions and activities.

Developed by DMG Entertainment in association with Hasbro, the VR centers promise to bring guests deeper into the world of Transformers through immersive experiences.

According to a spokesperson, the centers will feature “VR battle-walk-through experiences, VR/AR rides [such as driving/flying simulators], interactive digital experiences, and more.”

The fifth film in the franchise, Transformers: The Last Knight, arrives in theaters worldwide on June 21. Stay tuned for more information on when the first Transformers VR center will officially open in Shanghai.