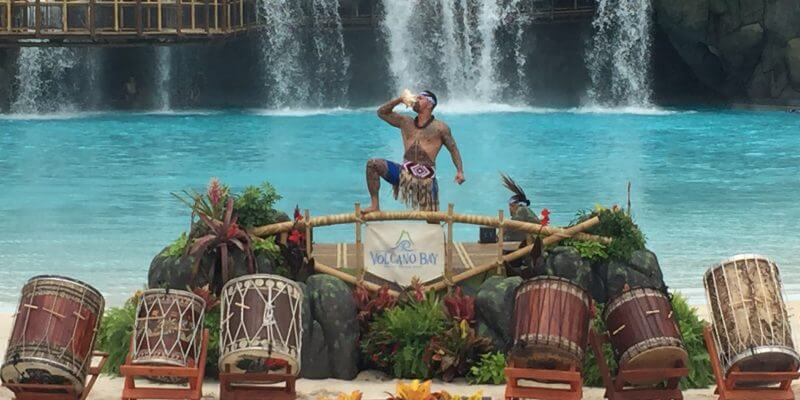 Universal Orlando opened its third theme park to the public this morning with a grand ceremony that delighted its enthusiastic audience. With great fanfare, Volcano Bay, the resort’s water park, welcomed guests through its gates and into its immersive world that features the fabled “Waturi” people and their mythical culture.

Guests of all ages were there to celebrate Universal’s latest addition to their theme park inventory. With a ceremony that included drummers, an etherial singer, outrigger canoes and native Waturi islanders, the affair re-enacted a tribal ceremony to summon the tiki gods. The entire affair reached its climax as a “lotus stone” was passed off to Bill Davis, the president and CEO of Universal Orlando. At that point, Krakatau the volcano was activated and a mist erupted from its pinnacle. The event ended with celebratory hollers and the pounding of drums, and a group of swimmers rushed into the pool of Waturi Beach to be the first guests experiencing the “blessed waters” of Volcano Bay after its official opening. Are you ready to experience this new aquatic adventure? To purchase a ticket visit Universal Orlando’s ticket page.