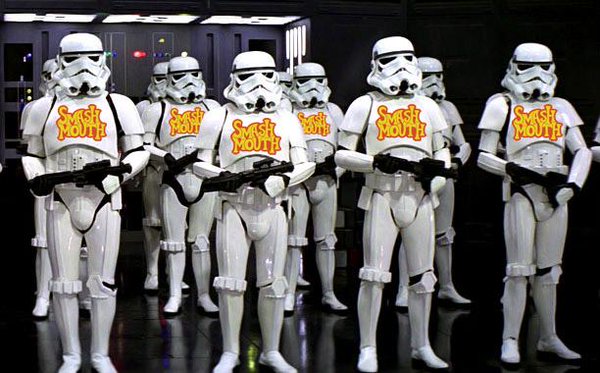 Taking countless clips from the “Star Wars” film saga, Fallon’s crew was able to assemble the characters collectively reciting the lyrics to the chart-topping song in a rather fun segment for “The Tonight Show Starring Jimmy Fallon.”

Smash Mouth was seemingly amused by the bit and responded via social media with the hashtag “#HanStar.”

Comments Off on VIDEO: “Star Wars” gets its game on in Smash Mouth “All Star” mash-up on “The Tonight Show”