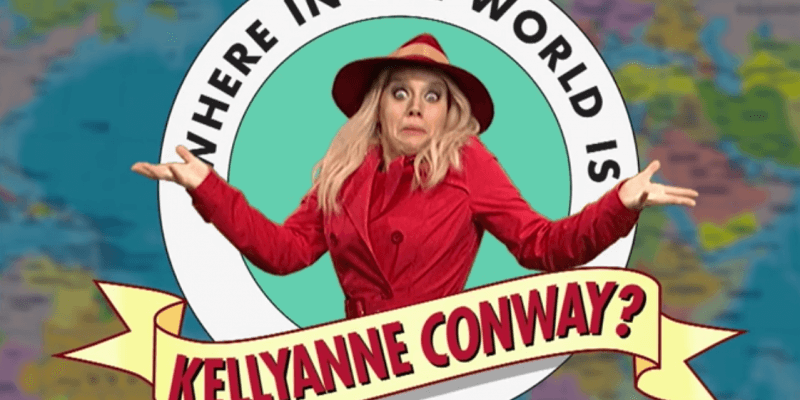 In a parody of the 1990s kids show “Where in the World is Carmen Sandiego?,” SNL worked up some comedy magic with “Where In The World Is Kellyanne Conway?”

SNL captured the classic look and feel of the original kids show with costumes and set decorations that took us back in time to the good old days of public-access after-school specials. SNL was able to recreate this PBS TV hit, while also finding comedy in the nation’s current politics.

To see a comparison to the original, take a look back at the first-ever episode of “Where on Earth Is Carmen Sandiego” below.

WATCH – “WHERE IN THE WORLD IS CARMEN SANDIEGO?”:

Comments Off on VIDEO: SNL nails “Where in The World is Carmen Sandiego?” classic TV show recreation – with a political parody twist