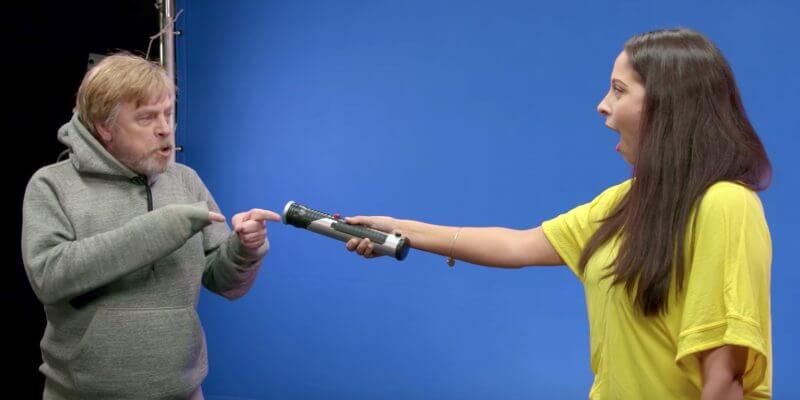 Mark Hamill is most well known for portraying Luke Skywalker in the “Star Wars” films, but his sense of humor may be equally famous, showing through as he pranks a few fans in a new video.

Promoting current Force for Change contests, in which fans can win trips to “The Last Jedi” premiere, “Han Solo” set, Skywalker Ranch or, just added, have lunch with Hamill himself in LA, the famed actor left fans with priceless looks on their faces as he helped them act out some legendary “Star Wars” scenes.

Since 2014, Star Wars: Force for Change and UNICEF have joined together to help improve the lives of children around the world. With the support of Star Wars fans, the collaboration has raised more than $9 million to help the world’s most vulnerable children. To date, Star Wars: Force For Change has helped UNICEF save the lives of over 30,000 children suffering from severe acute malnutrition through the distribution of over 4 million packets of Ready to Use Therapeutic Food Packets (RUTF) around the world.

The Star Wars “Past, Present, and Future” campaign runs until May 11. Fans can enter today at Omaze.com/StarWars.