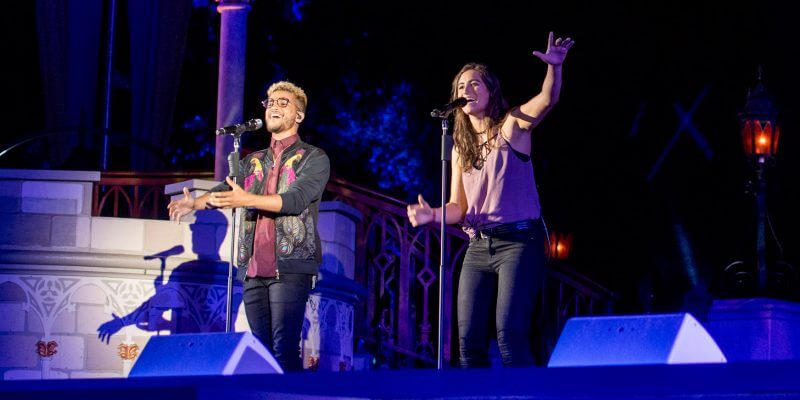 Last night at the Magic Kingdom, singers Jordan Fisher and Angie Keilhauer performed a live rendition of their duet, “Happily Ever After,” the title song in Walt Disney World’s new fireworks show of the same name.

Fisher was featured on the “Moana” soundtrack while Keilhauer is best known for her appearance on Season 10 of “The Voice.”

WATCH – “HAPPILY EVER AFTER” SUNG LIVE:

Comments Off on VIDEO: “Happily Ever After” theme song performed live at Walt Disney World by original recording artists