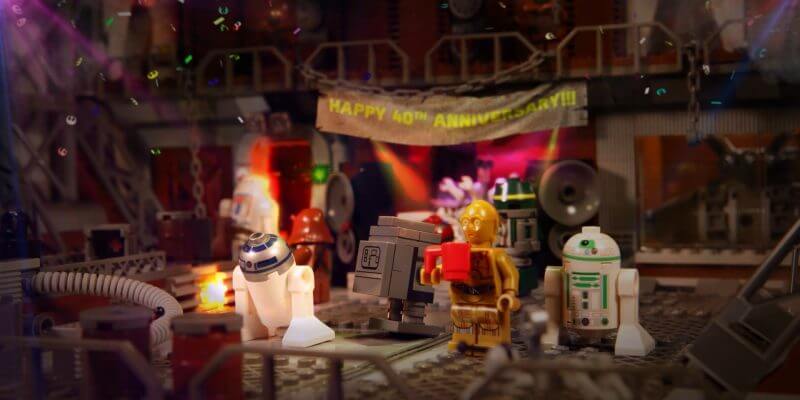 This time around we’ve got an unsuspecting Gonk droid hanging out outside the Jawa Sandcrawler on the planet Tatooine. Little does he know that once he gets sucked in through the magnetic tube, he’s in for quite a fun anniversary bash, thanks to some friendly other droids, including C-3PO and R2-D2.

The video ties in with Lego’s ongoing #LegoDroidDays series, which made its debut a few weeks ago for the observance of Star Wars Day on May the 4th.

Enjoy Lego’s Star Wars tributes and may the 40th anniversary celebration be with you!