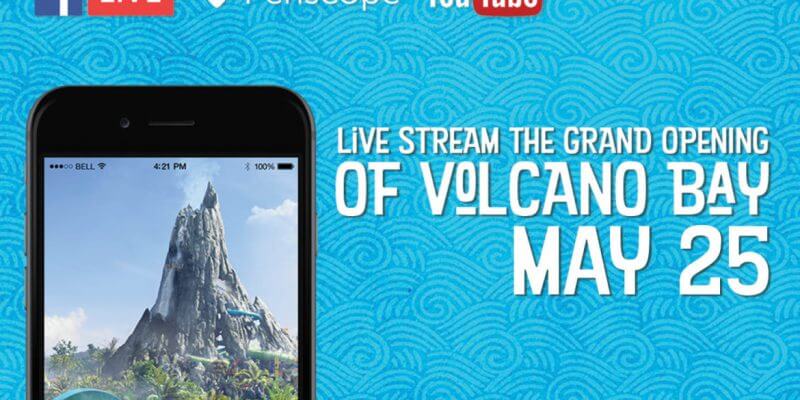 The grand opening of Universal Orlando’s Volcano Bay is just a few days away, and there’s good news for those who can’t be there in person.

Universal Orlando will be doing a live webcast of the grand opening festivities on their blog starting at 8:00AM on Thursday, May 25. During the webcast, viewers get to see exclusive content as well as the entertainment moment that officially opens the new park. Other highlights include insider tips, cooking demonstrations, and stories from the team behind Volcano Bay.

In addition, viewers who tune in will have the chance to win free tickets to visit Volcano Bay. Catch the live webcast on Thursday and be sure to stick around for more of our coverage from the grand opening week of Volcano Bay.