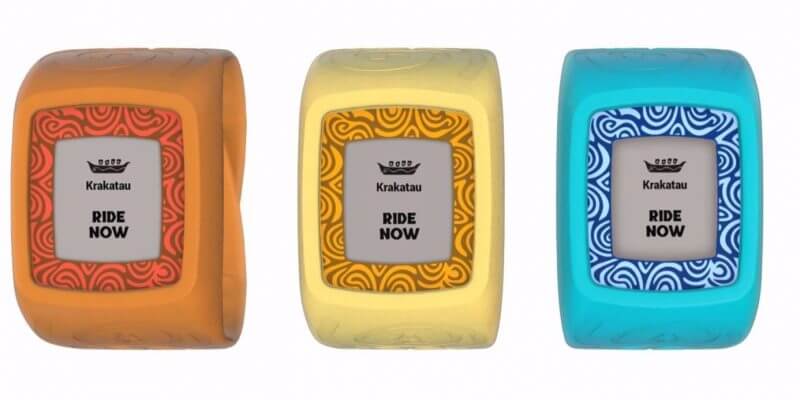 In addition to allowing guests to bypass long lines at Volcano Bay, Universal Orlando’s TapuTapu wearables have been announced to also have a “wallet” feature that will enable guests to make purchases directly with their wristband. It’s a convenience that can’t be overstated in a water park where carrying cash or credit cards quickly becomes a soggy challenge.

Registered guests of the Universal app can assign credit cards to their accounts that tie to their park tickets. The new update on the app refers to the feature as “TapTu Pay.” Settings for the use of a credit card can be personalized with spending restrictions and opting for notifications when the limits are approached. Accounts are also protected with PIN numbers.

As previously announced, the TapuTapu bands will also have multiple features that come into play during a guest’s day at Volcano Bay. Among those are a feature that reserves times to experience attractions and the ability to trigger interactive elements placed throughout the park.

The TapuTapu bands are included with admission to Volcano Bay, but unlike Disney’s MagicBands (a similar technology given to guests staying at Disney’s Resort Hotels), TapuTapu wearables are expected to be returned to the park at day’s end.

Volcano Bay water theme park is set to open May 25.