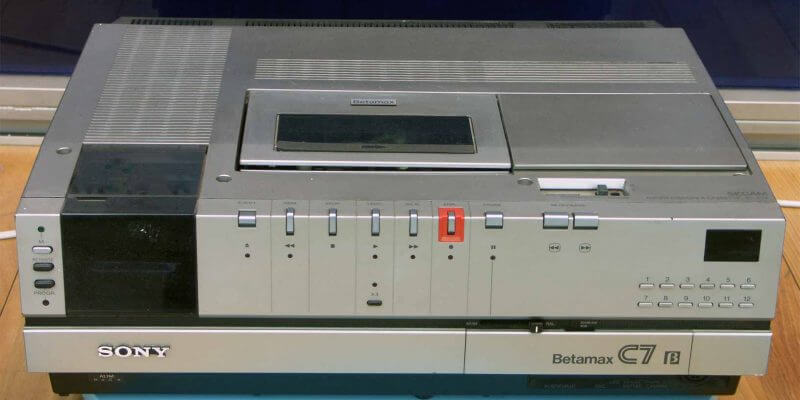 Not everything goes as planned. The Museum of Failures is here to help with that reminder. Opening on June 7th this Helsingborg, Sweden museum will feature displays of man’s biggest flops. Don’t worry if you don’t speak Swedish, items are also presented in English.

This gathering of glowing disappointments is the brainchild of Dr. Samuel West.  West was drawn to how and why of failed ventures to point where he began to collect examples of those ill-fated innovations.  Recently, six of these past-over products was shown at a London conference.  The display’s reception was met with rave reviews, prompting the promotion of permanent placement of a Museum of Failure in Sweden.

“Museum of Failure is a collection of interesting innovation failures. The majority of all innovation projects fail and the museum showcases these failures to provide visitors a fascinating learning experience. The collection consists of over sixty failed products and services from around the world. Every item provides unique insight into the risky business of innovation.” – Museum of Failure website. Many of the failed items on display are precursors to huge successes.  Included in the tribute to dead end ideas are items like the Newton, Apple’s forerunner to the iPhone. Other interesting items include the Sony Betamax, Google Glass and Harley-Davidson perfume. Some concepts merely gave way to the future like the VHS rental chain Blockbuster, represented by a video cassette case. Other items include a Bic pen targeted at women: Bic for Her; toothpaste from a weapons manufacturer and the Nokia-N -a poorly designed video game/cellphone device. There’s even a copy of a special Trump edition of monopoly.

The Museum of Failure opens in mid-June.  Hours will be Tuesday through Sunday from noon to 6pm.  Admission is free.  The museum welcomes your suggestions on items that should be added to current library of 60 failed innovations; contact them via email.

A pop-up version of the museum is now travelling around the world.  The next U.S. stop will be at Art Basel Miami December 7-10.

What epic commercial failures stand out in your memory?  We’d love to hear what items you think should be on display at the Museum of Failure; please post them in the comments below.