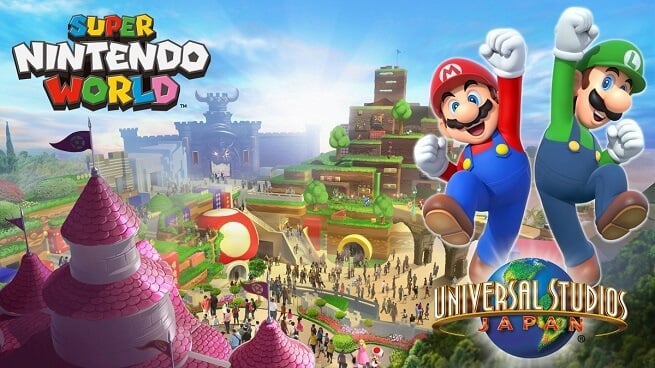 It was previously reported last year that Super Nintendo World would be debuting in Universal Studios parks worldwide, and last week a trademark was filed that hints at some details included in the new Nintendo lands.

Of course, no Super Nintendo-themed park would be compete without a nod to Super Mario Kart, and the trademark does mention the “organization, management, or arrangement of kart racing.” This doesn’t necessarily mean a full Mario Kart attraction is coming, but it makes sense that Universal would want to create a ride based on the fan-favorite game. You can hear details about Super Nintendo World in Japan, which is expected to debut by summer 2020, in our video below.

No official confirmations about the new details of Super Nintendo World have been made, but stay tuned for more information as it becomes available.