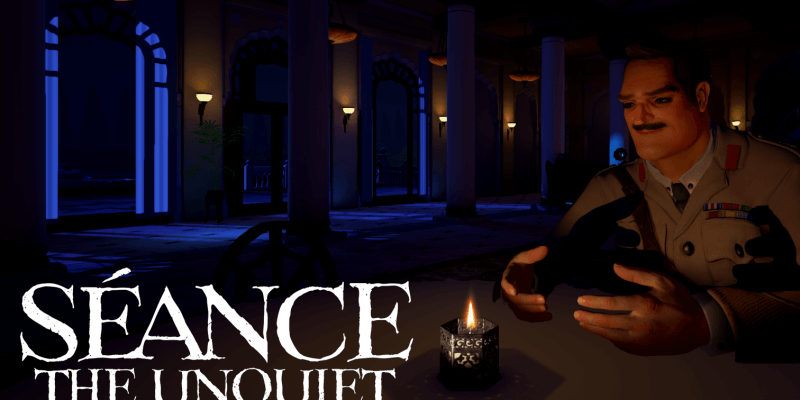 Too afraid to step into a real haunted house? How about a virtual one that responds to your reactions?

Enter “Seance: The Unquiet,” a new virtual reality experience that creates “emotional, cinematic moments in response to the audience’s attention and movements,” according to its designers.

Holospark has released a preview of the VR experience to the Oculus Store and Steam, along with a video preview.

“Seance” comes about through some high-tech methods. The game company used the technological process of capturing the actual movements of actors in real life, then they applied the high-tech tools of Unreal Engine 4 to create a frightening and harrowing feeling of being imprisoned in a haunted house.

Characters in “Seance” look you in the eyes as dynamic music and sound design adapts to your own gaze. And everywhere, your sense of immersion and presence with the characters in the unfolding story is absolutely transporting. The preview, available today, is a 5-minute experience that can be enjoyed via the Oculus Rift and HTC Vive.

The full version of Séance will run approximately twenty minutes and be released later in 2017.

Comments Off on “Seance: The Unquiet” is a virtual reality ghost story that haunts your every move