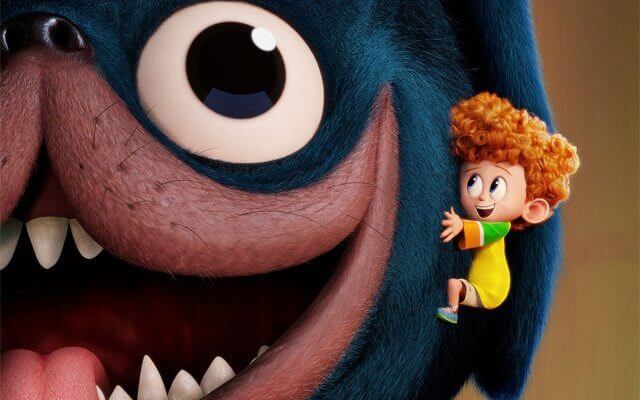 Hotel Transylvania 3 is scheduled to arrive in theaters next summer, but fans can get a short peek into what Dracula (Adam Sandler) and his family are up to now.

In a new short film called Puppy!, Dracula’s grandson Dennis (Asher Blinkoff) gets what every kid wants — a puppy. The catch is that in this world of monsters, the puppy is monster-sized, too.

Take a look at the poster featuring Dennis and his larger-than-life new pet. The short will premiere at the Annecy International Animated Film Festival in June before arriving in theaters in July. It’s directed by Genndy Tartakovsky, who also directed all three Hotel Transylvania films.

Puppy! will be screened in theaters before The Emoji Movie, which hits theaters on July 28.