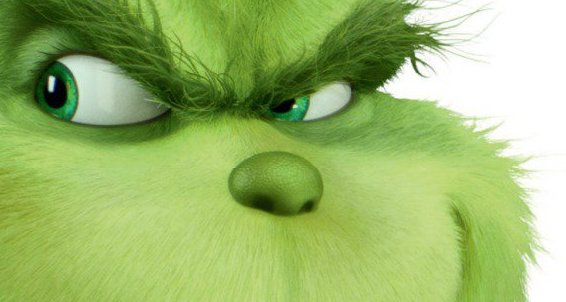 The Grinch is coming to steal Christmas again next year.

It was announced in 2016 that Benedict Cumberbatch would be voicing the notoriously grouchy title character in the new animated remake of ‘Dr. Seuss’ How the Grinch Stole Christmas.’ Now, a poster and simple tagline for The Grinch have been revealed: “Stealing Christmas 2018.” Footage of the new film was shown at CinemaCon last year, but no trailer or sneak peeks have been released yet. We do know that this version will be 3D CG, giving us a larger than life movie version of the Grinch.

While the original ‘How the Grinch Stole Christmas’ and Boris Karloff’s performance are beloved by fans, Benedict Cumberbatch does have a great voice for the role.

The last time the Grinch was in theaters was for the live-action version starring Jim Carrey, which was released in 2000.

The Grinch arrives in theaters on November 9, 2018.

Are you excited to hear Benedict Cumberbatch’s take on the iconic Christmas character?