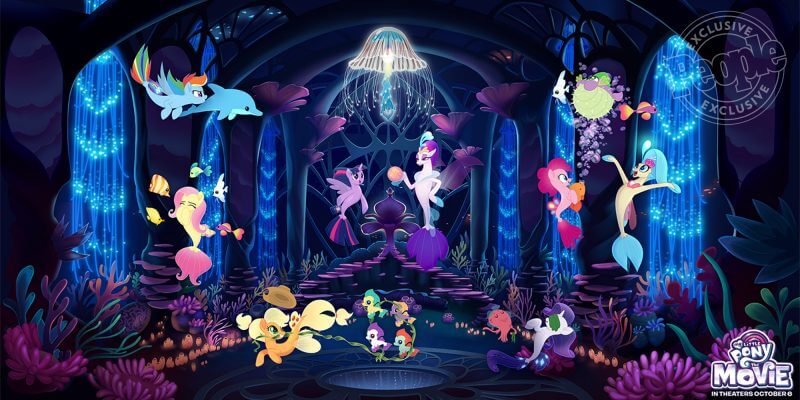 My Little Pony will soon be making magic on the big screen.

Fans of the franchise, which started as a toy in 1981, get to see the colorful ponies take on a new form for the feature My Little Pony: The Movie. Thanks to an exclusive from People, we get a first look at the beloved characters as they transform into sea-ponies to fight a sinister force that threatens their home.

Go under the sea with a 360-degree view image of Princess Skystar (voiced by Kristin Chenoweth), Queen Novo (voiced by Uzo Aduba), and a few of their friends.

Comments Off on PHOTO: First look as ponies transform for underwater adventures in “My Little Pony: The Movie”