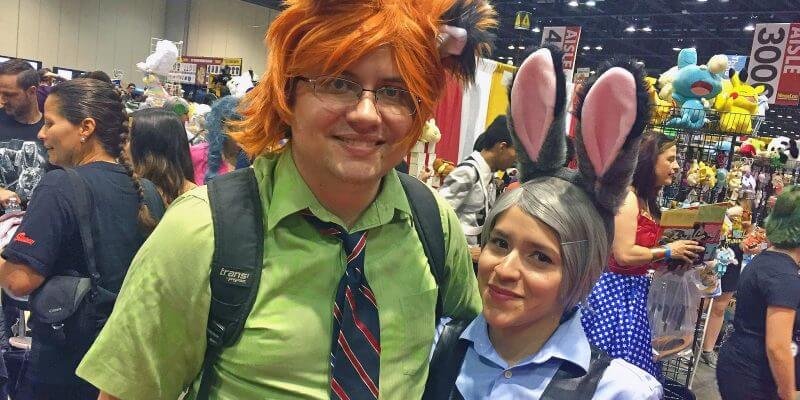 There was a little something for everyone at MegaCon this year. The Orange County Convention Center filled once again for the hodge-podge convention that includes genres like gaming, anime, comics, sci-fi, and cult classic movies. In short, if it was pop culture, it was there.

Over the weekend, attendees were treated to an impressive line-up of celebrity appearances and panels with a couple after-hours parties thrown in for good measure. It was an event that was obviously well received as spirits were high and smiles were plentiful in the South Concourse of the center.

The cosplayers were out in full force for 2017 with a plethora of characters being referenced. If you have never been to one of these events, the show floor isn’t the only thing on display at MegaCon. The passion of the cosplayers in attendance is undeniable when you recognize the incredible craftsmanship that goes into the costumes they wear. It is truly jaw-dropping in some instances. People who are more than familiar with the cosplayer lifestyle such as Alexandria the Red, Hey Tay Cosplays and Minxy Cosplay Creations were all in attendance to show-off as well as enjoy the parade of creativity on every floor. In addition to an entire schedule of panels directly pertaining to cosplay topics, MegaCon hosted two costume contests. One on Saturday judged adult costumes. Another on Sunday let kids show the judges what they brought to the game.

Special presentations for 2017 were where a lot of attendees spent their time at MegaCon with fans lining up for some of the panels at least an hour ahead of schedule. Demanding a high price, the $200 Tim Curry Experience was a sold out event as was Breakfast with Stan Lee and the Scott Snyder & Greg Capullos Fan Experience. Fans that weren’t able to get into those special events, still had other fun presentations that they could be a part of like a celebrity Q&A with the Dukes of Hazard Cast, an anime Maid Cafe and a Voice Actor Live Script Reading of “The Princess Bride.” The script reading proved to be rather amusing for those in attendance as the voice actors chose random characters like Mickey Mouse and Squidward to read the lines of Princess Buttercup and Westley. The show floor of MegaCon was packed with the artistic talents of countless individuals. Animators, painters, tailors, seamstresses, tattoo artists and engineers all had their original and commissioned pieces out along with toy and apparel distributors. Easily the most busy section of the event, each aisle was crowded with people browsing and buying. Front and center were a few unique exhibits. A few themed backdrops served their purpose as people gathered in front of them for selfies and social posts. Likewise other spectacles attracted attention such as the Dukes of Hazard Car and a Pokemon vehicle. One of the more unique experiences took you back in time in the Back to the Future Experience. (We’ll have more on that soon in a separate piece.) One end of the show floor served as a village for celebrity booths where guests could stand in line to speak with and get autographs from some of their favorite personalities. Some of the most popular were:

As a MegaCon staple, the event hosted not one but TWO after-hour parties. Friday and Saturday night both had events that kept guests entertained in the late night hours. Friday night’s party was a Geeky Tiki Luau with live entertainment and drink specials–all of it poolside. Saturday night saw crowds gather at the Rosen Plaza Hotel for a “Paradox” party were decades and dimensions dominated in cosplay and games. A laser light show kept the energy high while the crowd danced the night away to energetic tracks.

With yet another fantastic event put on by the MegaCon team this year, we already look forward to what will be coming our way for 2018. And when those details break, you will be able to find them right here.