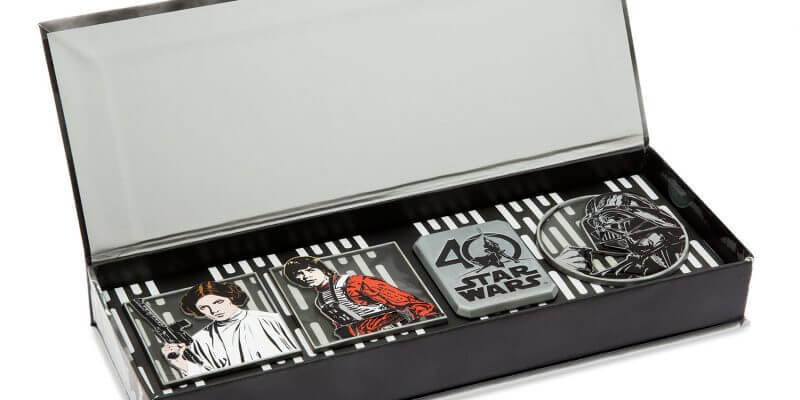 As if there wasn’t enough already going on this week in the world of themed entertainment, Thursday marks the 40th anniversary of one of the most beloved film franchises of the past few generations: Star Wars. The first film in the ongoing franchise was released on May 25th, 1977, and to mark the anniversary occasion, the Disney Store has a special event lined up for fans of all ages.

First, guests can participate in an Force-powered opening ceremony, similar to what the store does for the annual May the 4th celebration. Young Jedi can train with BB-8 and Chewbacca against Stormtroopers, learn to fly the Millennium Falcon, and write their name in the Star Wars language Aurebesh. There’s also Star Wars storytime and droid drawing sessions for the little ones.

A Star Wars trivia event will reward knowledgeable fans with 40th anniversary buttons and trading cards, and of course there will be plenty of exclusive Disney Store Star Wars merchandise to help celebrate forty years in a galaxy far, far away. The Star Wars 40th Anniversary event takes place this Thursday, May 25th at the Disney Store. Be sure to use the Disney Store Locator on the official Disney Store website to find the location nearest you, and May The 40th Be With You!