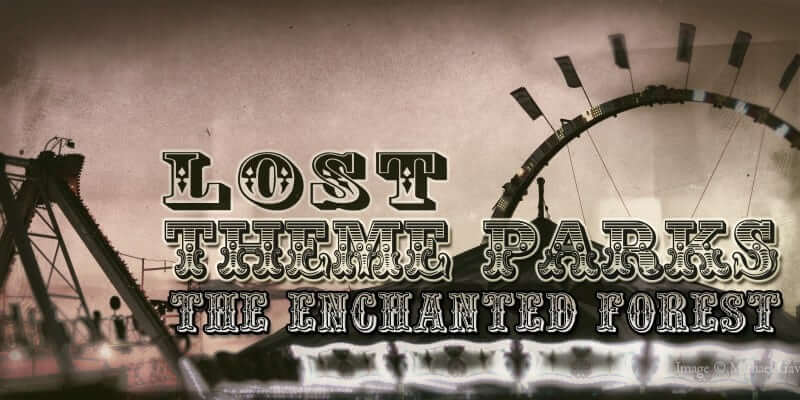 Nursery rhymes and fairy tales brought magic and wonder to Maryland’s “Enchanted Forest” when it opened on August 15, 1955.

Featuring fairytale-inspired structures and nursery rhyme characters; the park was designed to appeal to families with young children.  The 20-acre amusement park did not have mechanical rides at the time it opened.  Picnic areas were a popular place for parties celebrating children’s birthdays.  Admission, then, was one dollar for adults and half that for children.

Related: Raya’s Journey: An Enchanted Forest Board Game Out Now! 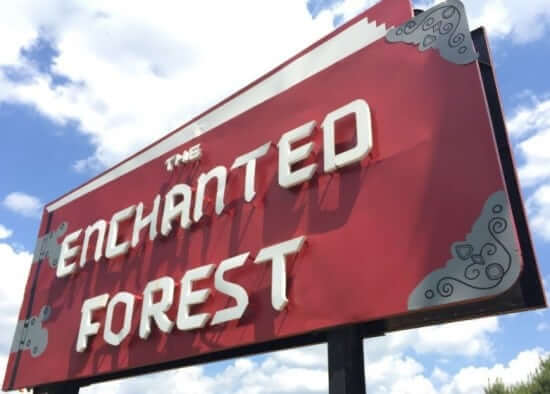 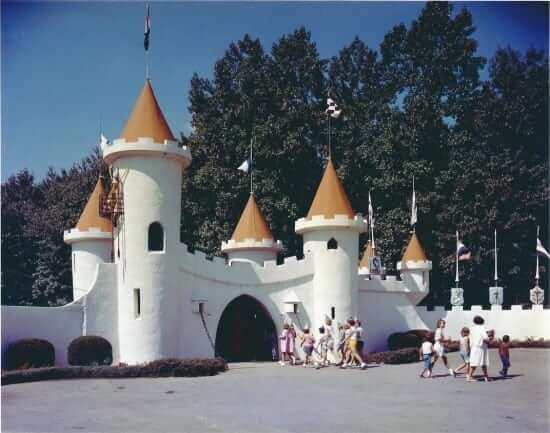 Added later, were rides like Alice in Wonderland (with tea cup-shaped cars), Jungleland Safari, Cinderella’s Castle (with mice-shaped ride vehicles), and a boat trip to an area with various slides. The Enchanted Forest would work its magic, uninterrupted for thirty-four years.

Before it was sold in 1988, the park had more than doubled its footprint (52 acres) and was seeing an average summer attendance of 300,000 visitors for the summertime operations.  The new owners, JHP Development closed the park the following year.  It was not until they had converted much of the parking area into a shopping center that the park would see visitors again.  After that construction was complete, the park was re-opened for one summer season in 1994 and would close permanently in 1995.

For a decade the park remained shuttered.  In 2003 a non-profit preservation group was formed to try to save the iconic fairy tale structures.  They were given permission by the owners of the land (then Kimco Realty) to move the historic items in 2004. The next year Clark’s Elioak Farm started seeing several structures moved and restored on their site.  For the next six years, many of the Enchanted Forrest’s elements were brought to the farm owned by Martha Clark.  It was not an easy task, as some structures, like the Old Woman’s Shoe, stood over 20 feet tall and weighed 30,000 pounds. The last building, the Castle entrance structure, and the dragon were relocated in 2015.  Sadly both the Gingerbread house and Cinderella’s Castle were destroyed.  The total cost for this transfer and restoration was estimated to be around half a million dollars. 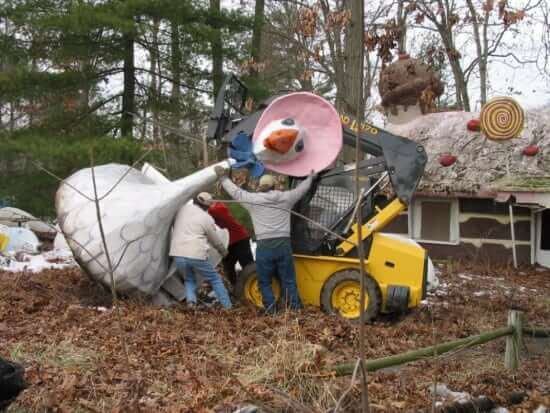 Most (some say all) of the original Enchanted Forest features can still be enjoyed at Clark’s farm.

Do you have a memory of visiting the Enchanted Forest?  Weave your tale of magic and wonder in the comments below. 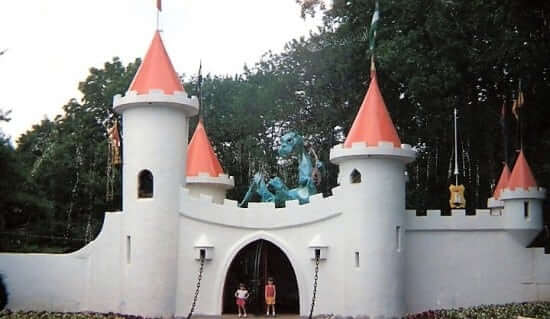