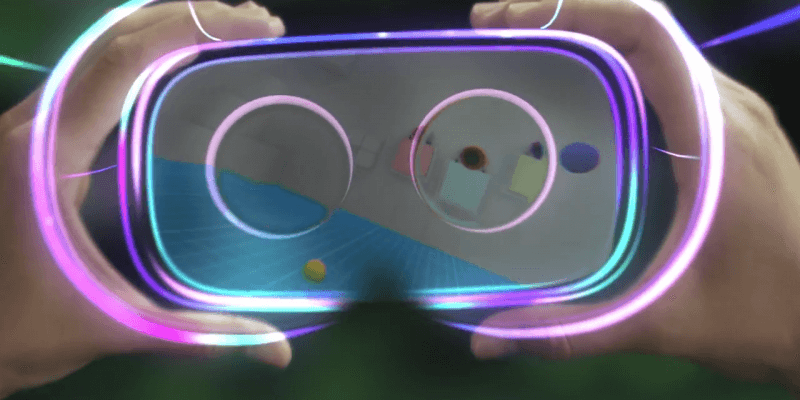 Google is making it even easier to harness the power of virtual reality to augment the world around us, opening new doors for the world of immersive entertainment.

The company made several exciting announcements about VR and AR-related technology at their annual I/O developer conference this week.

Google is working on standalone Daydream VR headsets enabled by unique new tech called WorldSense, a set of positional tracking tools that don’t require cameras. It’s a partnership with HTC and Lenovo, allowing VR users to roam freely without being tethered to cables or an external PC.

Not only does this put Google headsets ahead of competing sets that still require external room sensors, but it also offers a world of possibilities for creators to develop interactive virtual experiences that live within any space – not just a room that’s been pre-equipped for it.

Get an introduction to WorldSense in the video below.

The company also announced that Samsung’s Galaxy S8 and LG’s upcoming yet-to-be-named device will be Daydream-compatible.

But Google’s new headsets don’t require a phone like their previous Cardboard initiative, instead acting as a fully integrated, lightweight VR solution. Imagine simply strapping on a comfortable device anywhere you are and suddenly the room around you is transformed into a fictional world in which a virtual experience is taking place, changing based on the space around you. The possibilities for new forms of storytelling and interactive experiences are endless.

Another piece of newly announced tech is called Google Lens, which uses your phone’s camera to search for information via augmented reality (AR). Pointing your camera at a restaurant, for example, could pull up reviews and menu information. But creators could take this tech far beyond the everyday to create interactive experiences that change depending on where you are, “reading” the space around you. Augmented reality is nothing new, but Google is helping to push it along into a more versatile, easy-to-use form.

The company is launching Google Lens in Assistant and Google Photos, and it will be widely available later this year.

See Google Lens in action below.

With Google Lens, your smartphone camera won’t just see what you see, but will also understand what you see to help you take action. #io17 pic.twitter.com/viOmWFjqk1