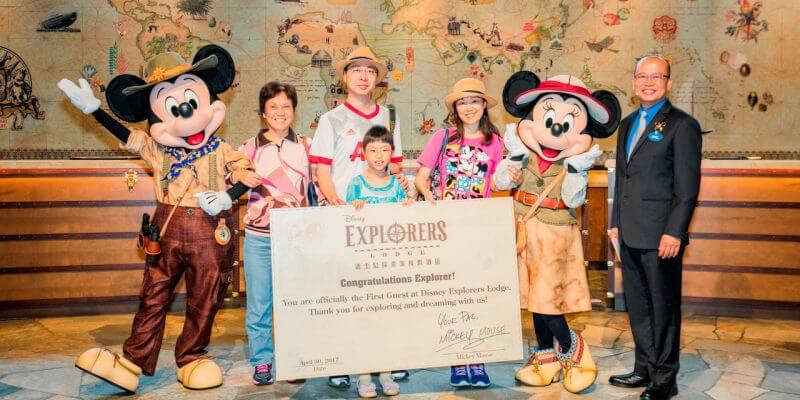 As guests entered the hotel they were greeted by cast members – including Hong Kong Disneyland Ambassador Sammy Phu.

The hotel is themed on exploration, which fits the cast member’s outfits, seen in the picture below. The story of the hotel takes place in the grand era of exploration and tells of four explorers who built a lodge based on their adventures around the world, adding their own artifacts and specimens gathered during their lifetime of travels. Guests also received the honor of being among the first to dine in the three new restaurants at the hotel. This includes signature Chinese delights at Dragon Wind, international cuisine at The World of Color Restaurant and a more laid-back dining experience at Chart Room Café. The Disney Explorer Lodge is set to have its grand opening celebration on May 16th.