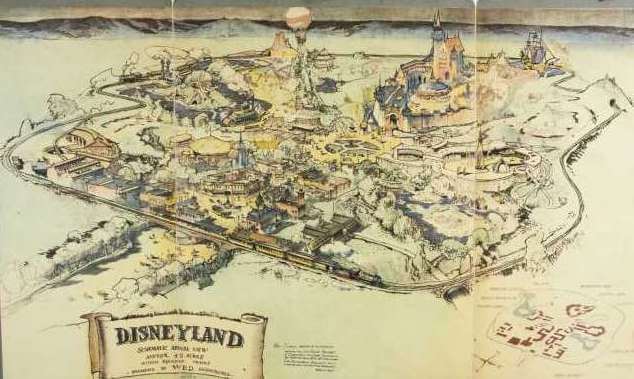 Collector Ron Clark has been acquiring Disney collectibles since the 1960s, and next month, he’s going to auction one of his most prized items: an original, hand-drawn piece of Disneyland concept art created by legendary artist Herb Ryman.

When Walt Disney was brainstorming ideas for what would become Disneyland, he needed to get the images on paper so that investors would see his vision. He described some of the things we know and love about Disneyland today, including Main Street and Sleeping Beauty’s castle, to Ryman.

Ryman created a few versions of this map by hand, including one famously auctioned in 2011 as part of the original Disneyland prospectus. Now, after having one in his collection for 40 years, Clark is putting his up for auction on June 25. The stunningly rare artwork is expected to bring in $1 million at auction.

Van Eaton Galleries will be hosting the auction, and they’re no strangers to Disney collectibles. If you’re looking for obscure Disney items, you’ll find many more from them.

If you aren’t in the market to purchase Clark’s Disneyland map but would still like to see it in person, the map will be on display in the gallery for several weeks leading up to the sale.

Comments Off on Original 1953 Disneyland concept art to fetch top dollar at auction, on display soon for public viewing