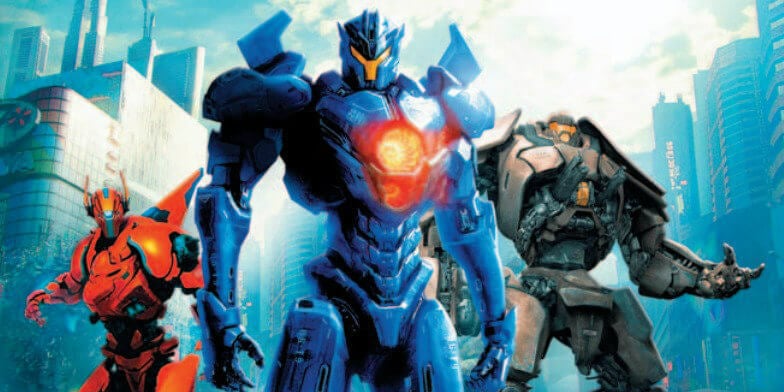 Since the first “Pacific Rim” movie ended with the massive destruction of all the robots, otherwise known as Jaegars, we knew there would be some new ones to face off with in “Pacific Rim: Uprising.” However, the details on the new robot for the upcoming film didn’t come from any promotional materials for the sequel — they came from a reveal of merchandise tied into the first movie.

A toy version of Gipsy Danger, the robot featured in “Pacific Rim,” was unveiled over the weekend. It turns out that Gipsy Danger was surrounded by artwork of the robot that would be taking its place: Gipsy Avenger. The look of this robot lines up with this artwork that was revealed back in February: It’s likely that Gipsy Avenger will be the main robot in the new film, and the name totally makes sense if its mission is going to be avenging all the Jaegars that were destroyed last time around. A closer look at the features on Gipsy Avenger reveal an upgraded version of Danger’s chain sword, an elbow rocket, and something called an “airborne launch system.”