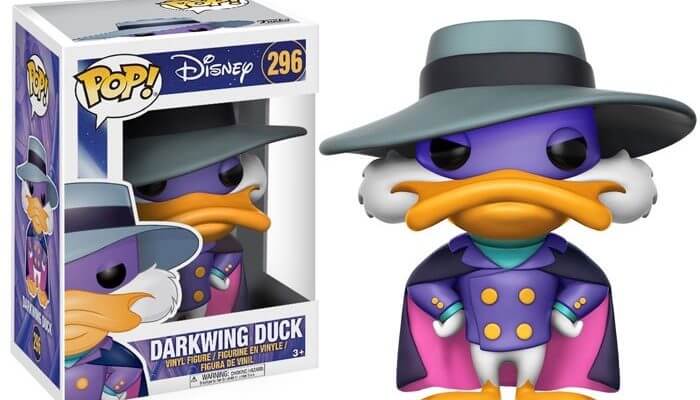 Darkwing Duck fans know that “when there’s trouble, you call DW” and now you can have a Darkwing Duck by your side at all times.

Funko has just announced new “Darkwing Duck” figures for their popular Pop! collection, featuring the superhero along with his sidekick Launchpad McQuack and his daughter Gosalyn Mallard. The beloved cartoon series ran on ABC from 1991-1992 and told the story of Drake Mallard, whose secret identity was the hero Darkwing Duck. The Pop! figures will be released in June.