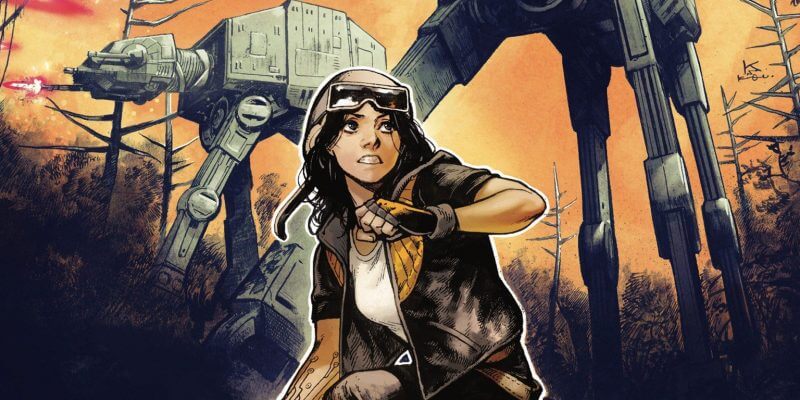 May the fifth be with you! In celebration of yesterday’s globally-celebrated Star Wars Day, popular toy manufacturer Hasbro announced the winner of its annual Star Wars Fan Figure vote: Doctor Aphra!

Haven’t heard of her? Then you must not be keeping up with Marvel‘s excellent recent run of Star Wars comic books, in which Doctor Aphra was introduced as a female Indiana Jones-type archaeologist who scours the galaxy for ancient relics. She served as Darth Vader’s aide-for-hire for a little while and even received her own limited Marvel title chronicling her adventures with evil droids Triple-Zero and Beetee-One. As a result of the vote, Doctor Aphra will be joining Hasbro’s 3.75-inch Vintage Collection of action figures next year.