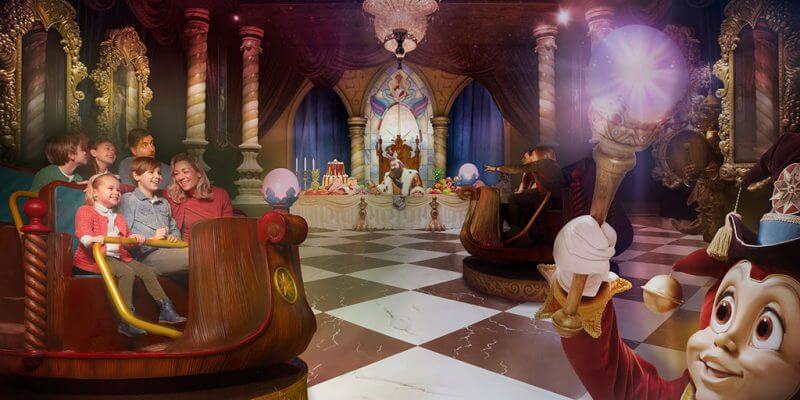 Efteling is preparing to enchant its guest with fantasy and wonder as they unveil plans for a new ride coming later this year.

The $39 million-dollar indoor ride opening at the southern Netherland’s theme park this summer is called Symbolica. Symbolica will be a palace of fantasy where guests can take route on adventures in a wondrous dream-like world.

As guests enter the ride, they will be organized into groups of six. Each group is then guided onto a carriage where they decide their fate. The choice between three paths and each is set to enlighten guests with interactive technology as they journey inside this palace of fantasy.

WATCH – THE MAKING OF SYMBOLICA: The theme park’s president and CEO, Fons Jurgens said,“Symbolica will be an attraction for the whole family. This dark ride will help Efteling to maintain its distinctive edge and its position at the top of the list of European theme parks – not only through unique and characteristic storytelling and thematisation, but also through our close attention to detail in every aspect of the attraction.”

This is the theme park’s largest and most expensive attraction and was created in part for the celebration of Efteling’s 65th anniversary. The ride is welcoming of guests of all ages.

Symbolica is set to open July 1st, 2017. For more information about the ride or to purchase tickets to the theme park, be sure to visit Efteling’s website.