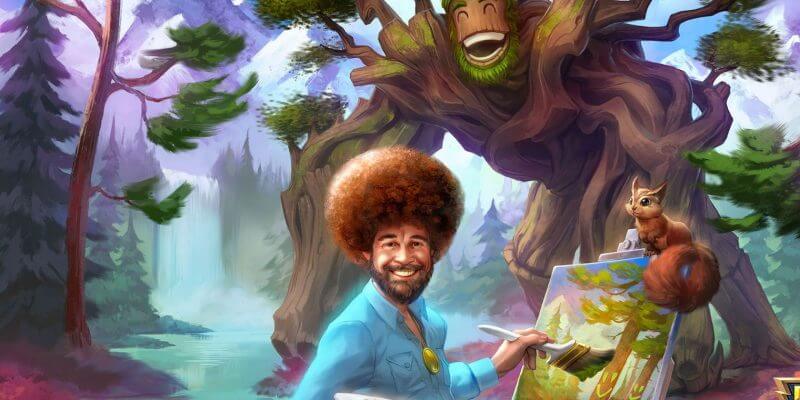 Get out your brush and easel, because Hi-Rez Studios has given players of “Smite“, the ability to paint with Bob Ross once again… at least, digitally.

Starting in a few weeks, players of the multiplayer online battle arena game, Smite, will be able to play the game as the famous late painter.

Players will be able to play as Ross with the use of a skin that is applied to your current player. When the skin is applied, the character Sylvanus transforms physically into Ross. The skin also equips you with quintessential tools that Ross always held near, a brush, palette and easel. Additionally, the skin allows players to throw paint and unleash the wrath of cheery clouds and happy trees on their foes.

Hi-Rez plans to sell the skin in a bundle that will include an exclusive loading frame, jump stamp and background. Bob Ross died back in 1995 but in 2015 Ross took the video game world by storm when the live-streaming video platform, Twitch, aired “The Joy of Paint”, for 200 hours straight.