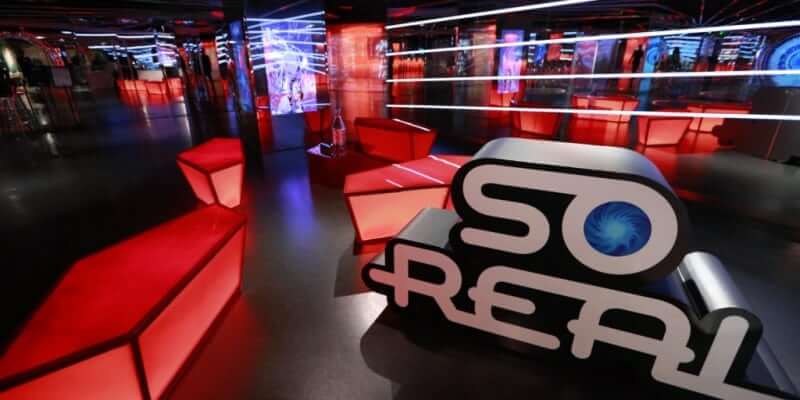 The theme park was co-founded by film director Zhang Yimou – to put Zhang in perspective for you, he was the man who directed the 2008 Beijing Olympic opening ceremony, in addition to films like “House of Flying Daggers” and “Hero”.

The Virtual Reality wonderland is located in the heart of Beijing, only two blocks from Tiananmen Square.

The park will feature eight main attractions, including what is said to be “the world’s largest” free-roaming VR system (no wires needed).

Gamers will be able to travel to the future, fight monsters, fly to space, or even enter Star Trek. The VR system will also feature immersive films and educational experiences as well.

When engineering the VR experience, the creators wanted to focus on moving VR from a solitary experience to a shared one. To do this the creators engineered a multiplayer system that can host up to 25 players at once.  The creators of SoReal designed their own custom VR kits for visitors to wear in the experience.

The park hosted its grand opening on Friday but during its “soft opening” last year SoReal hosted more than 6,000 guests. The IDC predicts China will overtake the US as the world’s largest virtual-reality market by 2019.

SoReal is in plans to soon open further venues in China and all over the world.