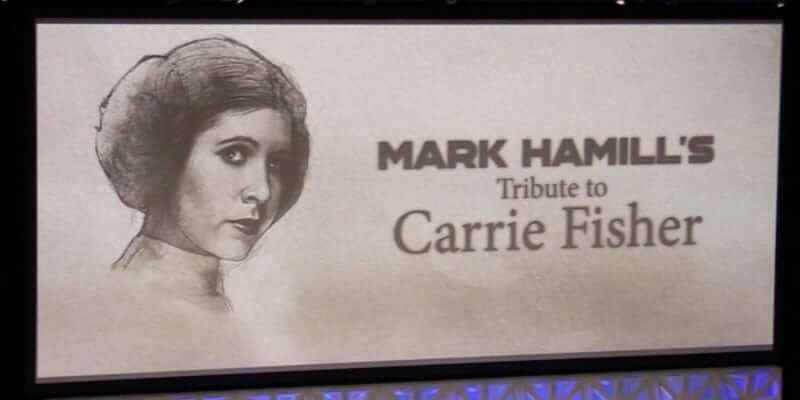 At Star Wars Celebration 2017, Mark Hamill sat down with thousands of fans to host a heartfelt tribute to the late Carrie Fisher, sharing personal stories along with words from other figures from Star Wars history.

Hamill was visibly moved as he recounted decades of encounters with his “space sister,” holding back tears along the way. But he stayed true to Fisher’s wishes and legendary wit, keeping the event lively with plenty of laughs.

“I’m mad,” he said. “She should be here. She made every Celebration so much fun.”

Much of Star Wars Celebration 2017 has been dedicated to fond memories of Carrie Fisher. During the opening 40th anniversary panel, a tribute included words from George Lucas, Kathleen Kennedy, and Fisher’s daughter Billie Lourd.

Conductor John Williams then emerged with the Orlando Philharmonic Orchestra to perform Leia’s “Star Wars” theme in her honor.