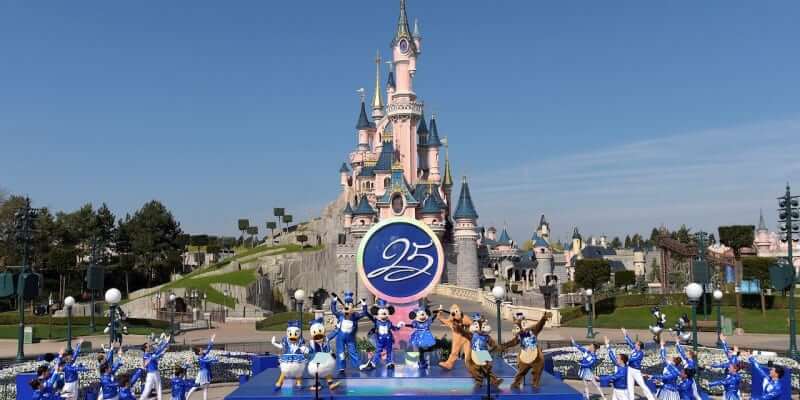 Disney fans from all over the world can watch live as the festivities begin at 9:00 AM Paris time (that’s 3:00 AM EST / 12:00 midnight PST in the United States) with “a huge cast of dancers and characters and a special Happening by Disneyland Paris cast members,” plus a few surprises.

On the schedule is a “Grand Celebration Cavalcade” down Main Street, U.S.A., featuring characters and entertainment all themed to the Disneyland Paris Resort’s 25th Anniversary. Check it out!