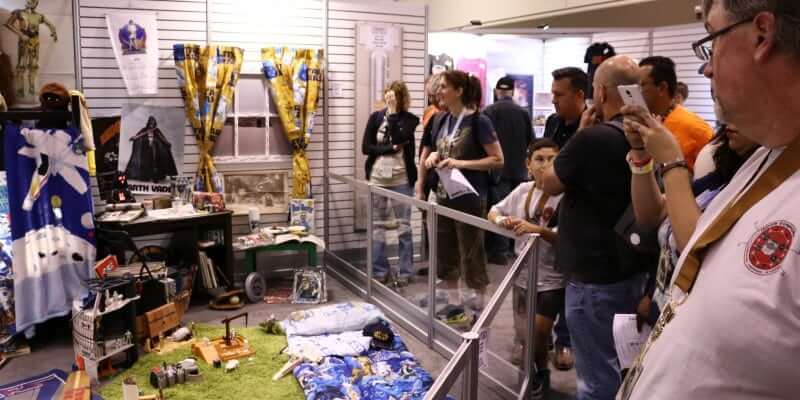 There was no shortage of amazing sights at last weekend’s Star Wars Celebration 2017 in Orlando, as fans looked forward to all things “Star Wars” to come.

But instead of looking to the future of the franchise, Rancho Obi-Wan brought convention attendees into the past by recreating a young “Star Wars” fan’s bedroom as it might have appeared back in 1979.

The 900 square-foot space was billed as “the bedroom you always wanted,” packed with just about every “Star Wars” item imaginable, from bedsheets and drapes to toys and costumes. Also included in the display from the world’s largest “Star Wars” collection was a tribute to the late Carrie Fisher with an assortment of Princess Leia items. Comments Off on VIDEO: Travel back to 1979 with nostalgic “Star Wars” kids’ bedroom display from Rancho Obi-Wan