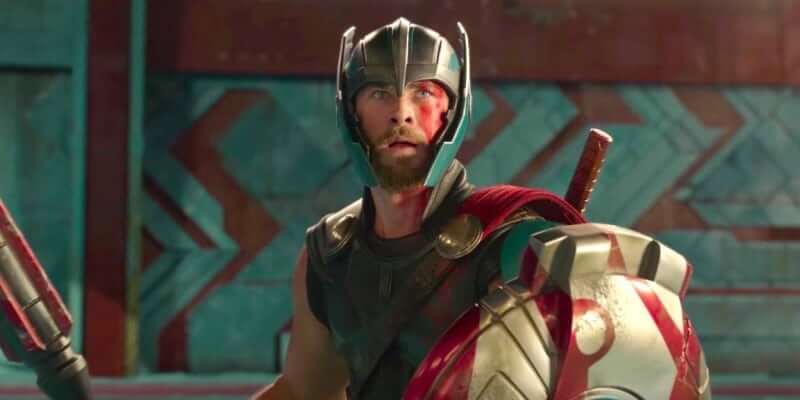 The first trailer for “Thor: Ragnarok” has been released, giving us a look at Thor in action as he faces off against the villain Hela. She’s powerful enough to do some serious damage to Thor’s hammer.

The “main event,” as Jeff Goldblum’s Grandmaster calls it, shows Thor entering the gladiator arena to fight The Hulk. “We know each other from work!” says a delighted Thor. But the happiness only lasts for a second before the two engage in an epic battle.