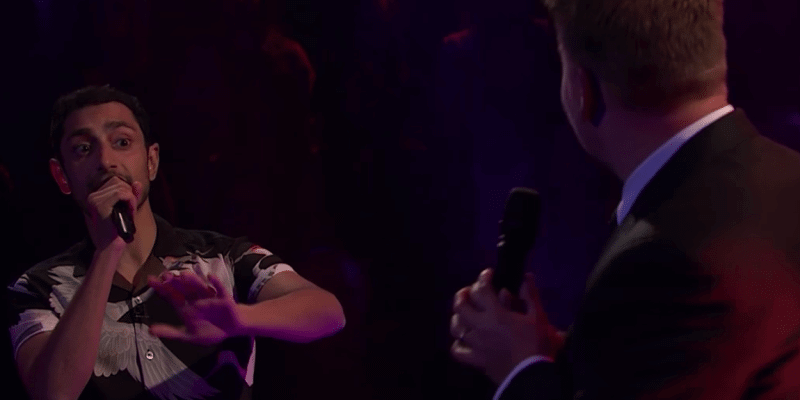 Riz Ahmed stopped by “The Late Late Show with James Corden” this week and the two faced off in a rap battle for Corden’s “Drop the Mic” segment. You probably know that Ahmed is a great actor, known for roles in “Rogue One” and “The Night Of.” But did you know that he’s also a rapper who goes by the name of Riz MC? Yeah, Corden didn’t really stand a chance.