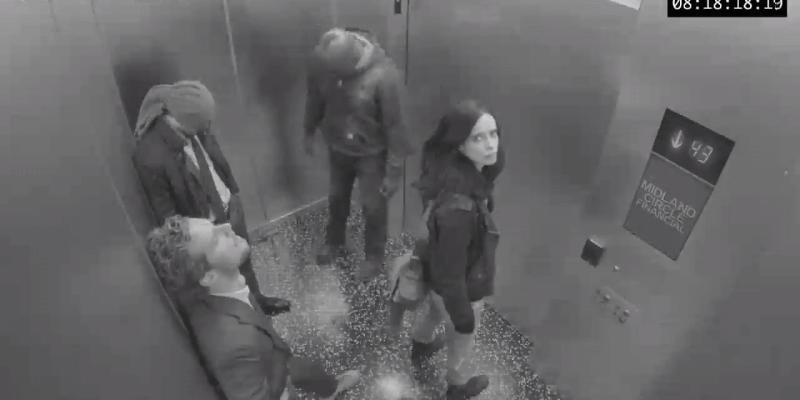 Netflix released a sixteen second teaser for “The Defenders,” and while it doesn’t give us much, it’s an exciting first look at Jessica Jones, Daredevil, Luke Cage, and Iron Fist working together as a team.

The video shows the heroes idly standing in an elevator for a few seconds before Jessica Jones notices that they’re being filmed on the security camera. She destroys the camera with a swift punch, but the video timecode is still visible in the upper right-hand corner. It stops at 08:18:20:17, which may be a hint pointing us to August 18, 2017. Could this be the show’s Netflix release date?

The original video was posted on the official Netflix US & Canada YouTube channel, but it has since been taken down. The video also contains a hidden url that takes you to the New York Bulletin archive website, so it seems likely that Netflix intended the video to be a viral treasure hunt for fans.

Comments Off on VIDEO: Netflix gives us a teaser trailer for “The Defenders” that hints at possible release date