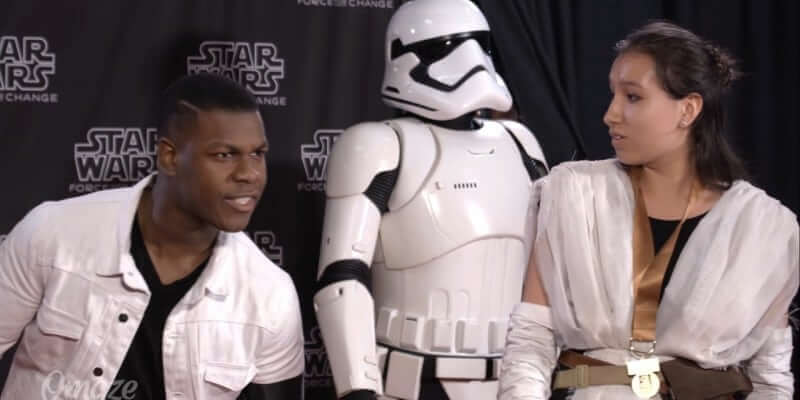 Star Wars Celebration 2017 has been over for more than a week, but that doesn’t mean we’ve seen the last of what went on behind the scenes with the cast and creative talent that came down to Orlando for the official Star Wars fan event.

During the convention, actor John Boyega (Finn in “Star Wars: The Force Awakens” and the upcoming “Star Wars: The Last Jedi”) helped out Lucasfilm’s Star Wars: Force for Change charity by surprising some unsuspecting cosplayer fans during a photo shoot with BB-8 and some First Order Stormtroopers.

“Star Wars: The Last Jedi” will be released into theaters nationwide on Friday, December 15th. Be sure to visit Force for Change’s official website for more information on the philanthropic Star Wars charity, and to enter for a chance to win a trip to “The Last Jedi” premiere.