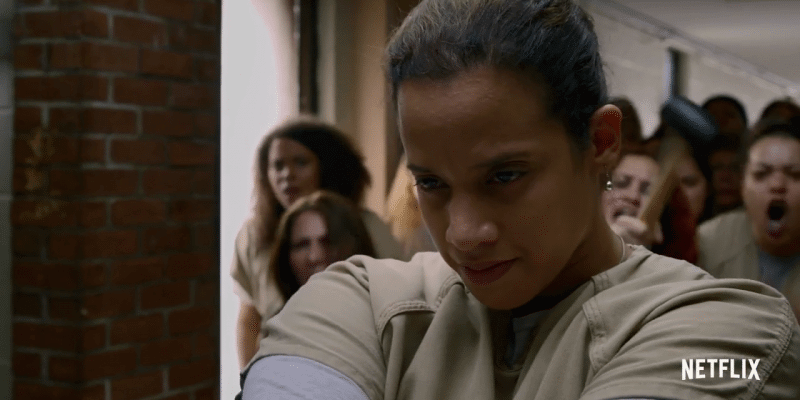 Life for the prisoners at Litchfield only seems to be getting worse. Netflix has released a 60 second clip of the upcoming fifth season of “Orange is the New Black” that picks up right where season four’s cliffhanger left off. If you can’t wait until the show is released on June 9, give it a watch now and scroll down for some info on the new season.

Netflix has also announced that the new season will take place over the course of just three days, the shortest amount of time that any season has spanned so far. Last season ended with the prisoners getting ready to riot after the death of their friend and fellow inmate, Poussey. Now, the prisoners experience a taste of power during the riots and must deal with the aftermath while they grieve for their friend.

Comments Off on VIDEO: Get a first look at the intense new season of “Orange is the New Black”