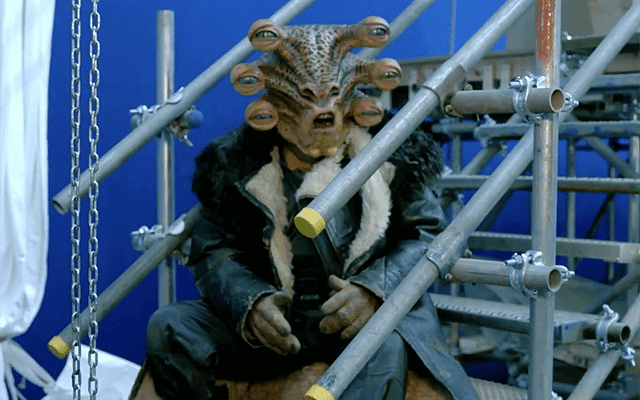 Omaze released a video today with a behind-the-scenes look at the set for the upcoming Han Solo film with Warwick Davis as the host – but the video isn’t all that it appears to be.

Serving primarily as a campaign video for the Force for Change charity, Warwick Davis takes us on a guided tour of the Han Solo set without revealing any spoilers.

Those are the best office supplies we have ever seen.

The untitled Han Solo movie will cover seven years of a younger Han and give us a bit of his “origin story,” including how he met his Wookiee sidekick and how he was dubbed Han in the first place.

The movie is currently in production and will be released in theaters on May 25, 2018.

Comments Off on VIDEO: First Look at “Han Solo” movie set arrives via Star Wars: Force for Change – sort of