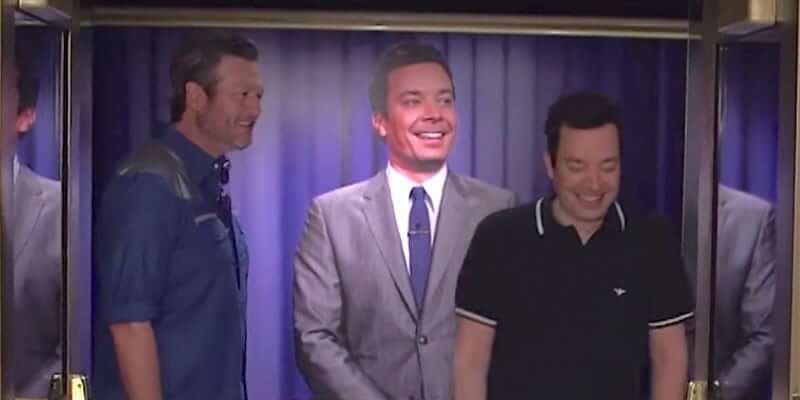 We’re just one day away from the official grand opening of Race Through New York starring Jimmy Fallon and Universal Orlando’s hype machine is on full throttle.

With Jimmy Fallon taping episodes of “The Tonight Show” this week in the theme park, even his own new ride isn’t safe from a little ridicule. While showing off the ride to singer Blake Shelton, “The Voice” star doesn’t hesitate to fire a few deadpan zingers at Fallon.

Among my favorite one-liners:

Sometimes, jokes are funny because they’re true. Find out for yourself when Race Through New York starring Jimmy Fallon officially opens tomorrow.

And stick with Inside the Magic for complete coverage of the grand opening celebration!