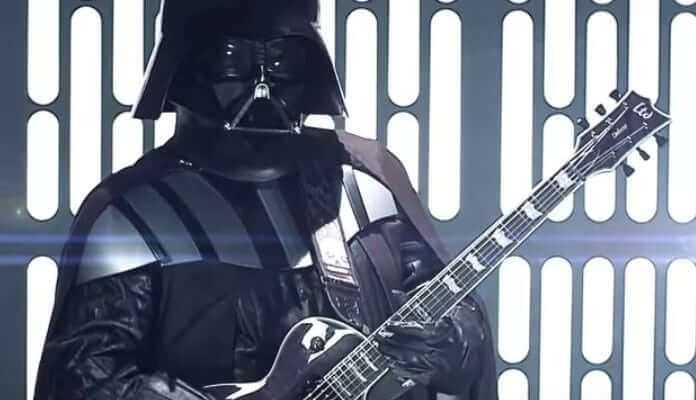 The house of Mouse made metal music magic with covers of their top tunes this past October. “Metal Disney” drives Disney music in a new direction: Heavy Metal.

Upon discovering this delightful rock revelation, I had to find more.  My search did not disappoint.

1. First up in this frenzy of high energy excitement is a selection from the 2016 “Metal Disney” CD.  A refreshing rock rendition of familiar Disney tunes, “Disney Medley” covers several Disney classics.

2. Reaching into the import bin, I found “Mosh Pit on Disney” a punk/ska collection of Disney covers.  The best tune on this Japanese CD is a cover of the “Mickey Mouse March.”  This punk performance is belted out by Andre W.K.

3. Perhaps the weirdest and most amusing song on this list is from another import, “Dive into Disney.”  Reel Big Fish’s cover of Baroque Hoedown, better known as the theme for “the Main Street Electrical Parade,” has got to be of the most bizarre covers of this song.

4. Sounding more like a drunken pub sing along, “Supercalifagilisticexpialidocious,” as sung by the Oi Skall Mates is also from the “Dive into Disney” import.  Though more of a ska song than metal rock, the song is just as fun and upbeat as the others in this list.

5. “Stay Awake” is a Disney cover song album that’s been around for a while.  This cover of “Heigh-Ho,” by Tom Waits, delivered as only Waits can, carries a darker more realistic feel of what it might be like to work in the mine all day long.

6. This amusing cover of “Let it Go” takes the frenzy for “Frozen”into absurdity.  Partially “played” on toy instruments, Leo Moracchoioli’s music video is an amusing and fitting cover.

7. I discovered Caleb Hyles on YouTube when looking for additional hardcore rock covers of Disney songs.  In true Heavy Metal style, his cover of “The Mob Song” from “Beauty and the Beast” is dark and quite intense (may not be suitable for younger audiences).

8. Jonathan Young has recorded a host of heavy metal covers (many of them Disney songs) on YouTube.  His deep voice (and amazing range) lends itself well to the villainous theme of this metal cover of “Poor Unfortunate Souls” from “Little Mermaid.”

9. My personal favorite is another Jonathon Young cover.  Deliciously dark and perfectly pulse pounding, it is one of the best covers of “This is Halloween” I’ve ever heard (and I’ve heard or have quite a few).  The video does depict “blood and disturbing graphic images” (along the lines of a typical haunted house) and flashing lights (full disclaimer can be viewed at start of the music video).

Thank you for bravely taking a stroll among my favorite, darker versions of some well recognized Disney songs. This is definitely not an all-encompassing list, just a few of my personal favorites.

I’d love to know of any I may have missed, please share your favorite rock cover(s) of Disney tunes in the comments below.

BONUS: Not really a song, but now that the Rebels and the Empire both fall under the juristiction of the Mouse, this seemed a fitting last minute addition.  “Star Wars Main Theme” by Galactic Empire…

For those wondering where to obtain these metal musical masterpieces, here’s the links:

“Mosh Pit on Disney” is an import that is currently out of stock (but should be available in 1-3 weeks per Amazon.

“Dive into Disney,” another import, is available from various sellers on Amazon.

“Stay Awake” can be purchased in several formats (Vinyl, CD or Cassette) from Amazon.

(the “Let it Go” cover was only found on YouTube)

Caleb Hyles “the Mob Song” can be downloaded from iTunes.

Grab your copy of “Poor Unfortunate Souls,” the cover by Jonathan Young, as an MP3 download on Amazon .

Dance through the graveyard with Jonathon Young’s “This is Halloween” (and the rest of “Young Does Disney 1”) by purchasing the MP3 album (or song) download on Amazon.  This collection of covers is also free to stream for Prime Music members.