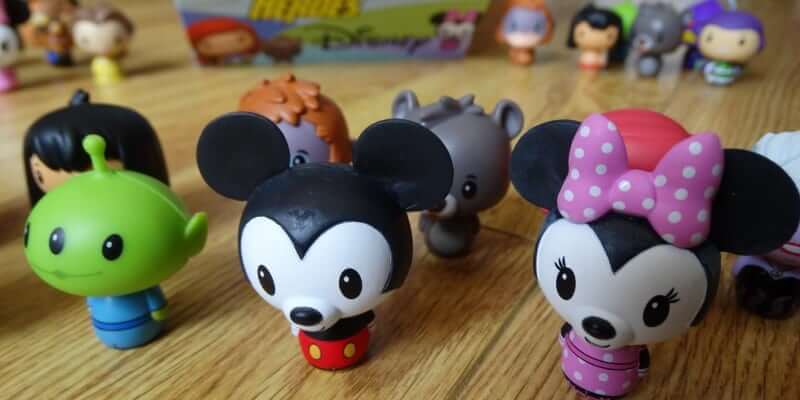 Funko is among the most popular toy manufacturers in the world at this point, and their vast array of official pop-culture licenses makes their products irresistible to many collectors. The Funko Disney lines has been a proven favorite for years, so it makes perfect sense for the company to include Disney in its new Pint-Size Heroes Collection.

I received a full box of the Disney Pint-Size Heroes for review, and I must say they’re high on the list of the most adorable toys released via Funko thus  far. This set includes characters from “Toy Story,” “The Little Mermaid,” “The Jungle Book,” and of course Mickey and Minnie Mouse.


The figures stand just a tiny bit over an inch tall, depending on whether they have ears or horns or just hair, and they each include just one point of articulation at the neck. The detailing is attractive and colorful, capturing the essence of these classic Disney films and making each character instantly recognizable, even in their stylized Pint-Size Heroes forms. The Pint-Size Heroes line is not just limited to Disney, however. Other theme in the series include “Mighty Morphin Power Rangers,” DC Super Heroes, “Despicable Me,” “Five Nights at Freddy’s,” “Megaman,” “Spider-Man,” “Steven Universe,” “Street Fighter,” and WWE wrestlers.

Funko’s Disney Pint-Size Heroes are available now from Amazon in a full box of 24 figures (includes two full sets) or in individual blind bags. Be sure to visit Funko’s official Pint-Size Heroes website for more information.