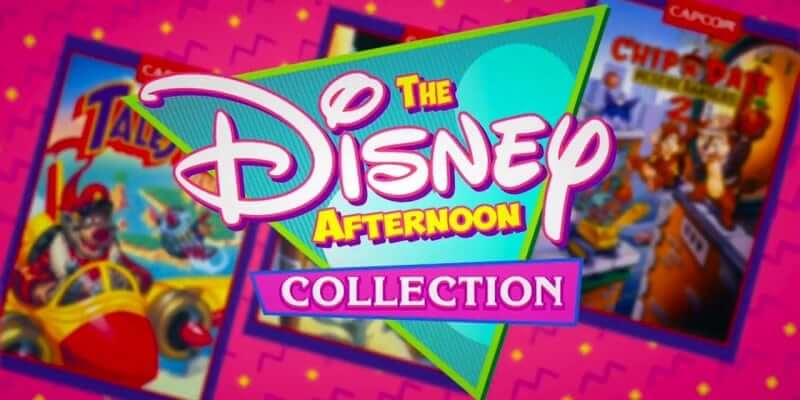 The Disney Afternoon entertained American kids in TV syndication throughout the early 1990s, and for much of that period the video game developer Capcom was making games based on its most popular series for the Nintendo Entertainment System. Now Capcom has collected those games into an anthology entitled “The Disney Afternoon Collection,” available now.

One of the most welcome bonus features is the Music mode, which allows players to scroll through isolated 8-bit melodic tracks from each game. Often clocking in at under a minute and a half, these songs are short and repetitive, but I’ll be darned if they don’t send me right back to my childhood every time.

Another appreciated addition is the Gallery, in which the designers have curated dozens of pieces of concept and design artwork under the categories of “Pencil to Pixel,” “Original Artwork,” “Museum,” and “Odds & Ends,” providing fans with a fairly thorough history of the effort that went into creating these games. The games are all presented in full 1080p resolution (although that doesn’t necessarily do much for the 8-bit graphics) with new features like Boss Rush, Time Attack, and Rewind– that last one is notably helpful for gamers whose platformer skills have become rusty after a couple decades or so.

These titles all hold up pretty well and most of them are really fun when they’re not incredibly challenging (can you believe we were playing these when we were children?) Of course “DuckTales” is the most famous and popular game in the collection and that just received its own “Remastered” edition a few years ago, so if you already own that this version might be a downgrade. Still, it’s very nice to own this complete set of sequels and spinoffs. I had never played the “Darkwing Duck” game before trying out this compilation, so it’s also a nice way to get exposed to long-buried games that might not otherwise have seen the light of day again. “The Disney Afternoon Collection” is packed with hours of fun for all ages, whether you’re intimately familiar with these games or if you’re coming at them as a new fan. The collection is available now for Microsoft Windows, PlayStation 4, and XBox One.

Comments Off on REVIEW: “The Disney Afternoon Collection” from Capcom delivers retro gaming for Disney completists