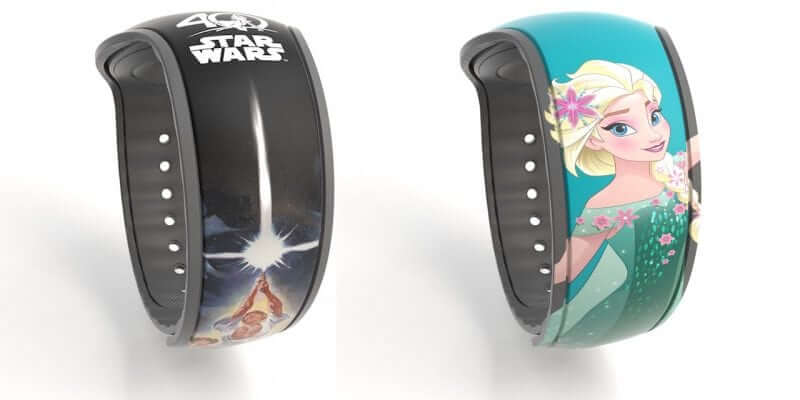 Disney has released three MagicBand 2 themes today. The bands include designs from “Frozen“, “Star Wars” and “Snow White and the Seven Dwarfs“.

The bands also feature never before seen colors of black and teal.

The “Star Wars” themed band features a “Star Wars 40th Anniversary” themed graphic. The band had originally went on sale at Disney’s Hollywood Studios during “Galactic Nights” and is currently priced at $27.99. What some might say is the crankiest of the bunch – the “Snow White and the Seven Dwarfs” themed band features Grumpy in one of his signature poses. The band will retail for $22.99 All of the bands can be found at Walt Disney World property retail locations that sell MagicBands.