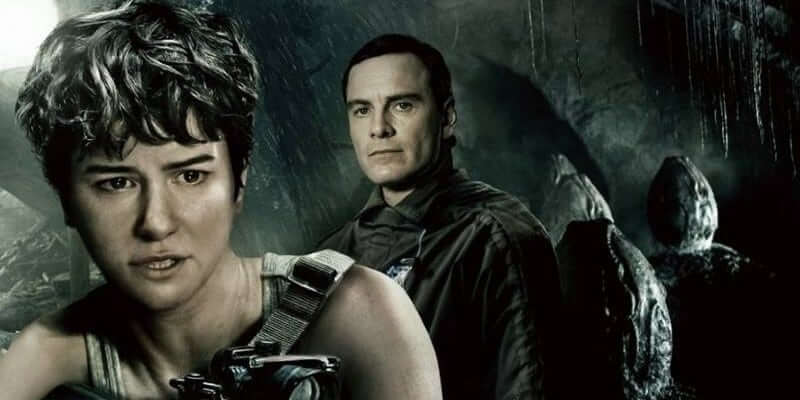 A few weeks ago, we got a very cool “Alien: Covenant” poster that highlighted the aliens themselves with some Giger-inspired artwork. Now, the international poster gives a closer look at some of the human and android characters featured in the film, played by Michael Fassbender, Katherine Waterston, and Billy Crudup. Waterston’s character Daniels takes center stage on the poster, surrounded by Crudup as Christopher Oram and Fassbender as the android Walter. All of them appear inside the shape of a Xenomorph head, with its teeth bared and ready to attack. An alien ship and a few facehugger eggs can be seen in the background.

“Alien: Covenant” looks to be closer to the original “Alien” formula with Waterston’s Daniels character taking over Sigourney Weaver’s role as the reluctant fighter Ripley. It was previously rumored that Daniels would turn out to be the mother of Ellen Ripley, but director Ridley Scott debunked that idea during a screening.

All will be revealed when “Alien: Covenant” hits theaters on May 19.