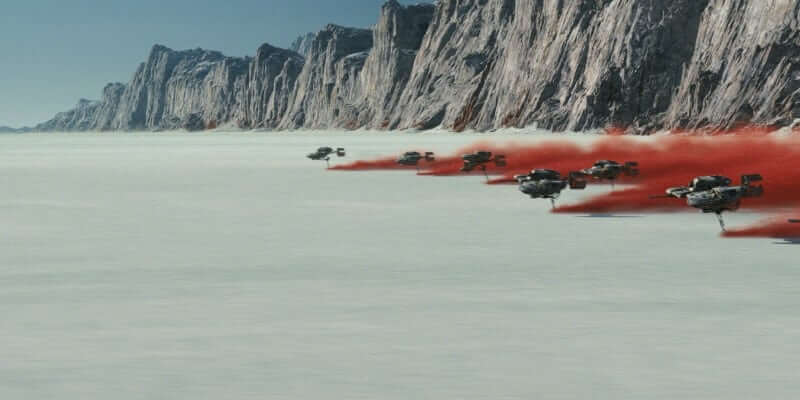 In the new teaser for “The Last Jedi” that just blew up the internet, there is a scene in which we see speeders blazing a blood-red trail across an unknown land. At least, it was unknown until now. Ryan Johnson, the director of the film, has just released the name of this new world—Crait.

He explains that Crait is the site of an abandoned rebel base that comes into play as a very critical location in the upcoming movie. According to Johnson it is a place where Resistance fighters show up and “have to deal with a very pressing and immediate” situation. Maybe that has something to do with the red ash we see slowly taking over the screen in the new trailer.