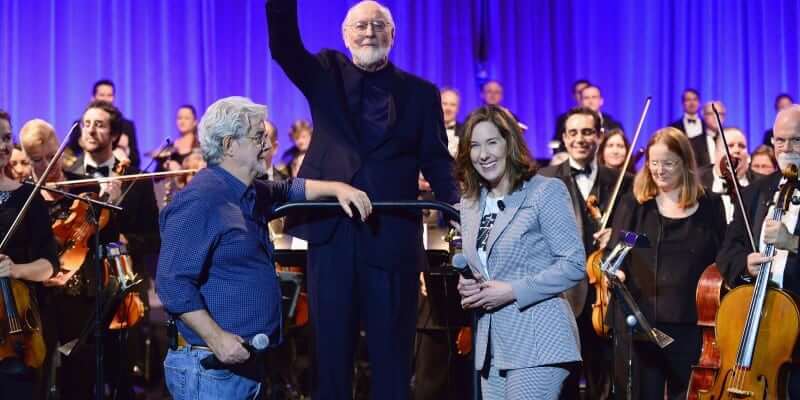 The Orlando Philharmonic Orchestra joined renowned composer John Williams today at Star Wars Celebration. The professional orchestra that is one of Central Florida’s points of pride made a surprise appearance when the stage curtain was pulled back and revealed the massive ensemble and began to play a few of “Star Wars” most famous pieces under the direction of Williams. The orchestra gave an incredible performance that included “Princess Leia’s Theme,” the movie’s “Main Title” piece and the famous “Imperial March.” Audience members, already emotional from an touching tribute to Carrie Fisher (given earlier in the day) were completely moved by the performance and showered it with applause. Stay tuned to Inside the Magic over the next four days for much more from Star Wars Celebration 2017!