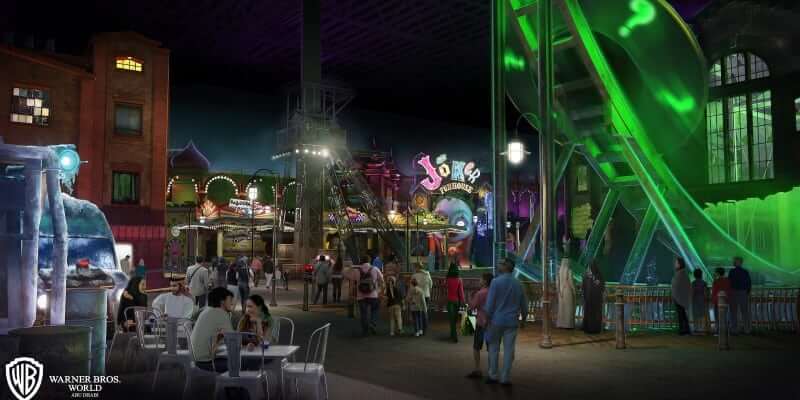 Batman and Superman fans are used to seeing Gotham and Metropolis together on the silver screen – but with a new theme park land they will actually see them in real life – thanks to Warner Bros. World Abu Dhabi.

The theme park has just announced plans for six themed worlds that will make up the attraction.

Both of these DC Comic inspired cities will feature skyscrapers that are more than fitting of some of its superheroes. In the released concept art it also shows the Joker featured as well. There will also be areas inspired by Hanna-Barbera and Looney Tunes. Characters such as Scooby-Doo and Bugs Bunny will be walking around the park. Bedrock will follow its original themes, being prehistoric and powered by birds and dinosaurs while Dynamite Gulch will take you to the stars and deep into the canyon. Warner Bros. Plaza will pull from old Hollywood, the era of when these characters were first created.

Warner Bros. World Abu Dhabi is said to be open by 2018 and will be located on Yas Island. The theme park will be a world-class destination that will be home to interactive family friendly attractions, state-of-the-art thrill rides and unique live entertainment.

Warner Bros. is collaborating with Miral on the project, and the park will be 1.65 million square feet and feature 29 rides, shows and attractions. The project is currently engaged with 5,500 specialist engineers, craftsmen and workers to complete the park.