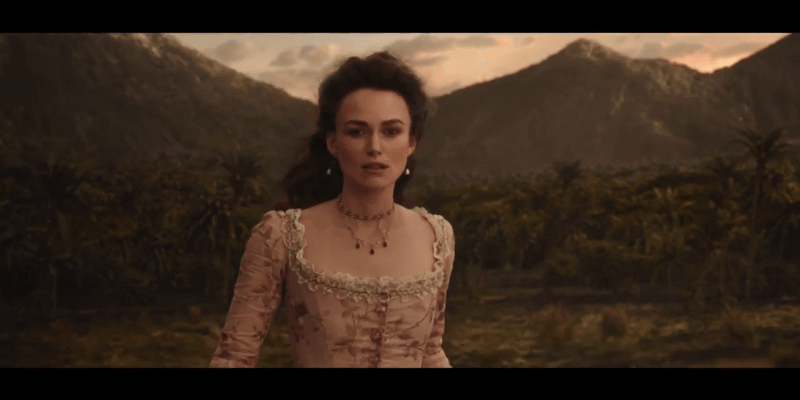 We’ve known for a while that Orlando Bloom would be returning for “Pirates of the Caribbean: Dead Men Tell No Tales,” but it wasn’t clear if Kiera Knightley would be making an appearance. Audiences last saw Bloom and Knightley playing Will and Elizabeth Turner at the end of the third film, “At World’s End,” when Will was cursed to become the captain of the Flying Dutchman.

It’s not surprising that both characters are making a return in the new film, as the story features their son. You can catch a brief glimpse of Knightley in the trailer below, and all will be revealed about her character’s appearance when the film hits theaters on May 26.