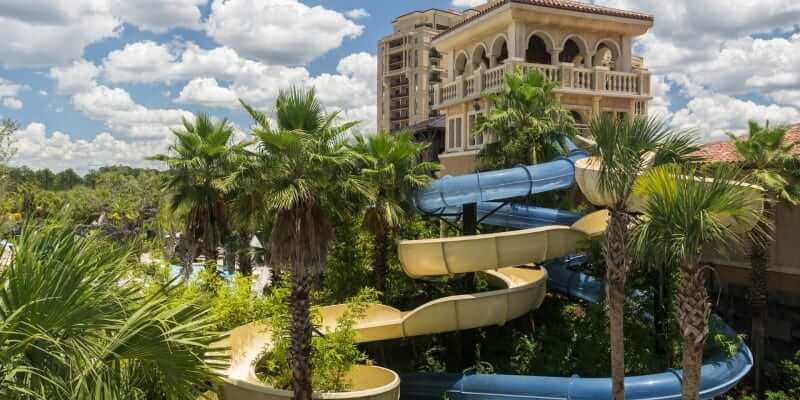 The Four Seasons Resort Orlando is joining Golden Oaks and beginning to sell private residences at their location on former Walt Disney World property. Two model show homes have already been completed for the luxury enclave with homes starting at $5 million.

Residents will not only have ownership of a home on Disney property, but they will also be given access to a 5-acre water park and in-home spa services. Additionally, a second kitchen designed for catering services will be built into the homes so that Four Seasons’ catering will have facilities to accommodate any bookings made by the residents.

These homes are the first single-family homes in the country to be affiliated with Four Seasons and will exist as a neighborhood within Disney’s Golden Oak. Homeowners will be able to use many of the 16-story Four Season Hotel’s facilities like the golf course, tennis courts and pools. They are also welcome at the resort’s restaurants and some events on the activities calendar.

Due to the neighborhood being within the Golden Oak community, along with perks associated with the Four Seasons hotel comes the standard perks of owning a home in Golden Oaks. Use of the Summerhouse club, lounge, fitness center and entertainment rooms are all included. None of it comes cheap, though. Homeowner association fees will cost $24,514 annually for those snagging a Four Seasons Residence. It’s a large chunk of change, but it covers the use of a AAA five-diamond resort and the amenities of Disney. Where else are you going to get that?

WATCH – INSIDE SOME HOMES ALREADY AT DISNEY’S GOLDEN OAK COMMUNITY:

WATCH – INSIDE THE FOUR SEASONS RESORT AT WALT DISNEY WORLD: