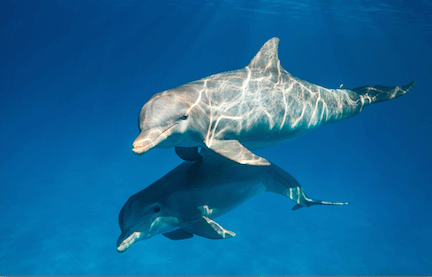 With the celebration of Earth Day on April 22 and the release of “Born in China,” Disneynature has revealed a sneak peek at their next film, “Dolphins.” Disneynature is known for blending state-of-the-art nature filmmaking with Disney’s signature storytelling.

“Dolphins” tells the story of Echo, a young dolphin who’s having trouble deciding between growing up and having fun. Dolphin society relies on its members to keep their coral reef home safe, but Echo can’t help being temped by all of the adventures the ocean has to offer.

Directed and produced by the same team that brought you “Bears” and “African Cats,” Echo’s story will hit theaters on Earth Day 2018. Watch the full trailer below.

Comments Off on FIRST LOOK: Disneynature heads under the sea with new “Dolphins” film