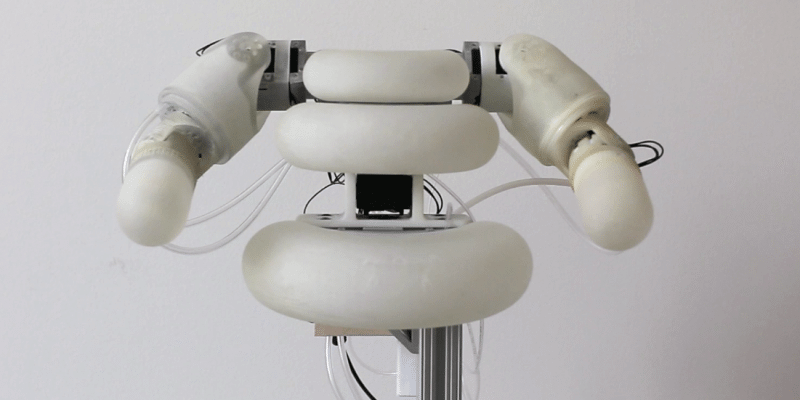 It sounds like Disney park guests may someday be able to interact with a real-life Baymax from “Big Hero 6.” A new patent filed by Disney doesn’t name specific characters, but describes a robot that’s able to move and physically interact with guests like an animated character. The sketch included with the patent depicts a round body that looks similar to Baymax.

The inventors are listed as Alexander Alspach, Joohyung Kim, and Katsu Yamane, who work at the Disney Research Center Pittsburgh. They’ve been working on the soft robot technology since at least 2014 and posted a video of a prototype robot interacting with a plush toy, which you can view on the Disney Research website. This still from the video is definitely reminiscent of the Baymax character. If the plan is for a free-roaming robot, it wouldn’t be the first time that Disney has experimented with the technology. Previous versions include Push the Talking Trash Can and Lucky the Dinosaur. Of course, safety is the main concern when introducing robots to guests. The patent mentions that pliable chambers will make up the body of the robot, making it possible to sense the pressure of a hug or accidental collision and adjust accordingly. Nevertheless, expect a lot of testing from Disney before anything is introduced into the parks.